The 10th annual Christmath parody, "Solving for Unknowns", can be found at this link.
And this year, WE HAVE VIDEO that you can see at that link. 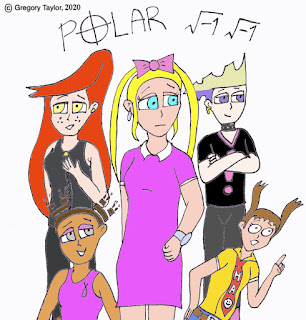 AUTHOR ASIDE:
Well, THAT was a year.
I wasn't hit by 2020 to the same extent as many others, but I did start the year sick, then needed to find new Daycare while dealing with first semester exams in January, and then of course during March to June... I had to teach from home while my not-quite two year old daughter was here too.
I did not get those parodies from 2018 online. That's still on the list.
I DID get a banner done for 2019 (in the summer of 2020) using the tablet. But I've returned to hand-drawn for this year's parody and banner. It's just twenty times faster because it's what I'm used to (and I don't need my computer running to do it). For writing, my other blog has been sputtering along with its serial, and more was done in "Time Untied".
As to the annual math parody, I knew I'd keep the tradition going if at all possible. Given last year's holiday assembly, Frozen II was a natural source, more so once I saw how easy I could repurpose their main tune.
Incidentally, Frozen II was the only movie I saw this past year (in January), and even then I had to pick up my daughter early owing to a fever, so it's lucky I went to the earliest show. (Wait, correction, saw the Star Wars movie the following week, whatever.) 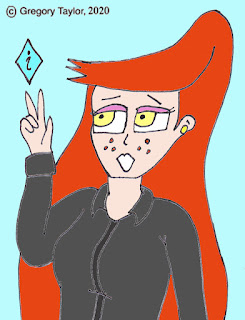 The form of the verses sort of crystallized through Oct/Nov and as usual I wrote it in the span of about a day, Saturday, December 12th. I floated the option of recording it to our tech teacher at school who handles the morning announcements and the 'get to class' music, and he thought it was great. Something familiar in a year when we can't have the usual holiday assembly at school.
I recorded it Monday, December 14th, around midnight. Hence why the backdrop looks as it does, I was in a remote corner of the house so as to not wake anyone up. (And as expected, every subsequent night was busy with quiz feedback and grading I wasn't getting to, so I'm glad I had the energy when I did.)
It seemed to go over well, at least with some staff. I added the usual video conclusion to the final version yesterday, before putting it online today.
I do not know where we're going now. Maybe I'll have time to catch up, but Ontario schools are abruptly shut down in January and we're being told to do things like combine cohorts even though they're in totally different places, so yay for anticipating doing the impossible for the I've-lost-count-time.
But that's for later. For now, Merry Christmas, Happy Holidays, feel free to read through the archives, and all the best to you and yours for 2021.
Posted by GregT at 11:41 No comments: