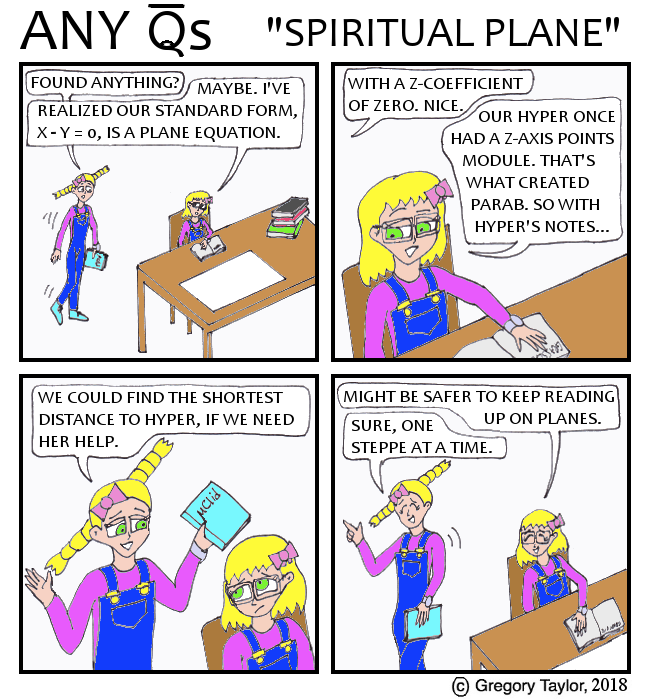 A steppe being a large, flat, grassland plain (it’s where Maud’s step-sister lives) while they’re a plane, in spirit. More on Hyper’s ZPM at that link (and Stargate’s ZPM there). Thanks to John Golden for the shortest distance comment.

You may have noticed the lack of an update last week. I’m struggling a bit to close off Series 9 properly, plus I want to devote efforts to my serial “Time Untied” before our child is born in June. So updates will be a bit random going forward.

QLYN: Found anything?
LYN: Maybe. I’ve realized our standard form, x - y = 0, is a plane equation.
QLYN: With a z-coefficient of zero. Nice.
LYN: Our Hyper once had a Z-Axis Points Module. That’s what created ParaB. So with Hyper’s notes...
QLYN: We could find the shortest distance to Hyper, if we need her help.
LYN: Might be safer to keep reading up on planes.
QLYN: Sure, one steppe at a time.
Posted by GregT at 04:00 2 comments: 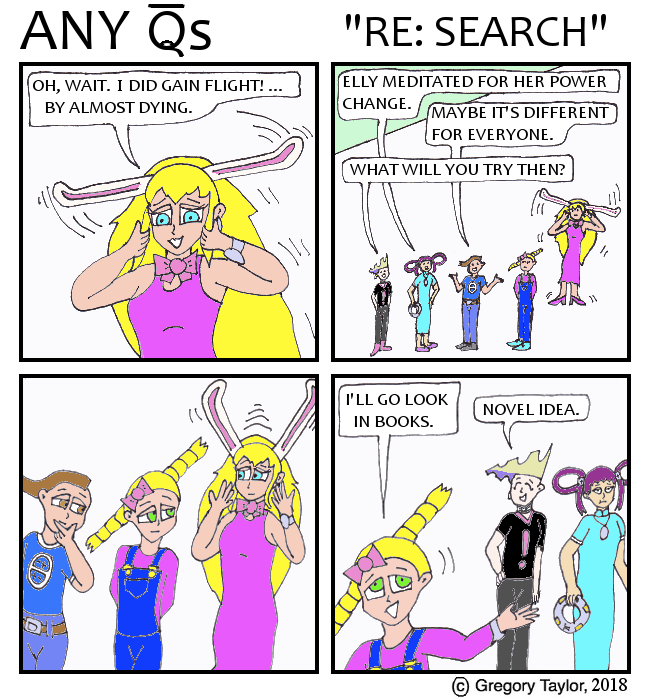 Take a look, it's in a book. Though if you have any thoughts on hidden abilities for the various math equations, I'm listening.


PARA: Oh, wait. I did gain flight! ... By almost dying.
QELLY: Elly meditated for her power change.
ARCTAN: Maybe it’s different for everyone.
GAMMA: What will you try then?
('Tans look at each other)
QLYN: I’ll go look in books.
GAMMA: Novel idea.
Posted by GregT at 04:00 4 comments: