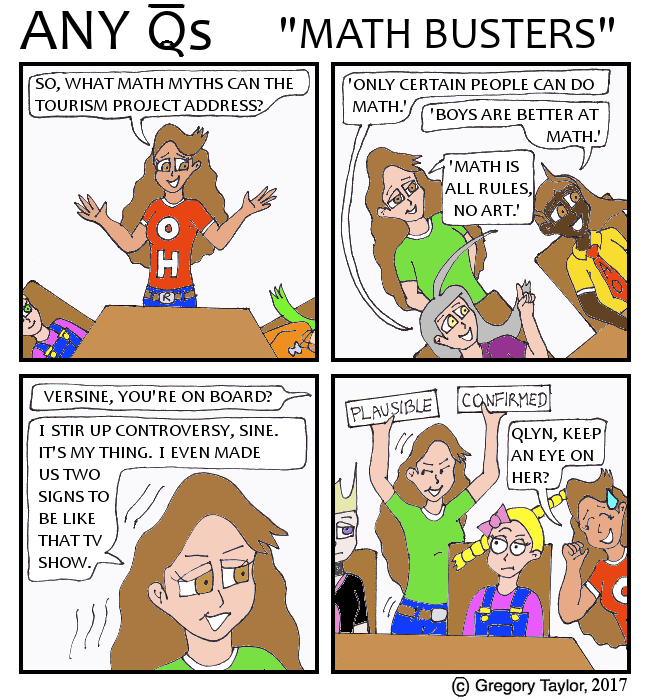 The trouble with busting a myth using statistics is the backfire effect. People will forget the evidence and only remember the untruth, particularly if it's something they already believed. A phenomenon which "The Oatmeal" already dealt with earlier this year... wait, assuming the phenomenon exists?
If only math could be clear cut.

QSINE: So, what math myths can the tourism project address?
QCOTAN: ‘Only certain people can do math.’
QROOT: ‘Boys are better at math.’
VERSINE: ‘Math is all rules, no art.’
QSINE: Versine, you’re on board?
VERSINE: I stir up controversy, Sine. It’s my thing. I even made us two signs to be like that TV show.
(VERSINE holds up 'Plausible' and 'Confirmed' signs.)
QSINE: QLyn, keep an eye on her?
Posted by GregT at 04:00