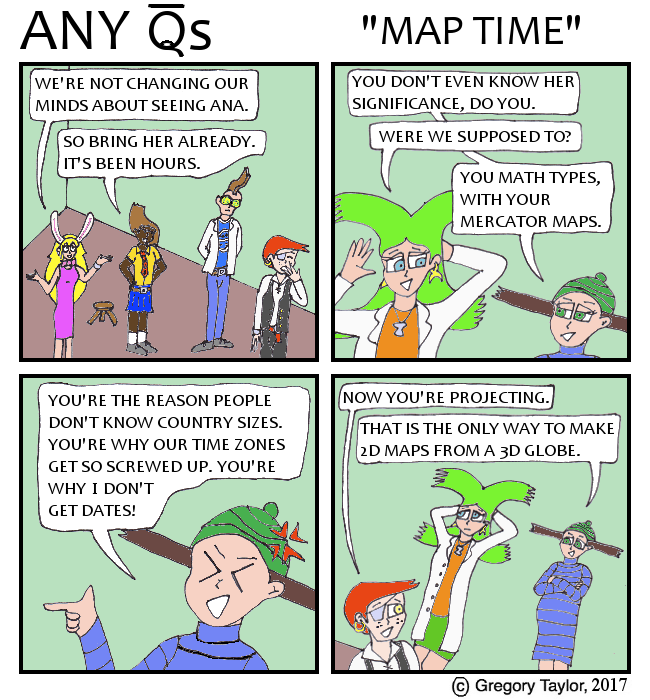 The "projection" joke forecasted by John Golden arrives. Inspired somewhat by Audrey McLaren sharing this article "Making Accurate Maps is Mathematically Impossible" some months back. Of course, I also used the multiple meaning of "dates" here.

"Mercator projection" for a map preserves shape and direction, but it makes Greenland look the size of Africa. Most modern cartographers don't use it any more. There are a number of map variations offered in the video at that prior link, and Hajime Narukawa created the AuthaGraph map and won a design award for it last year.


PARA: We're not changing our minds about seeing Ana.
QCOSEC: So bring her already. It's been hours.
LATTI: You don't even know her significance, do you.
HYPER: Were we supposed to?
LATTI: You math types, with your mercator maps.
LATTI: You're the reason people don't know country sizes. You're why our time zones get so screwed up. You're why I don't get dates!
QLOGAN: Now you're projecting.
LATTI: That is the only way to make 2D maps from a 3D globe.
Posted by GregT at 04:00