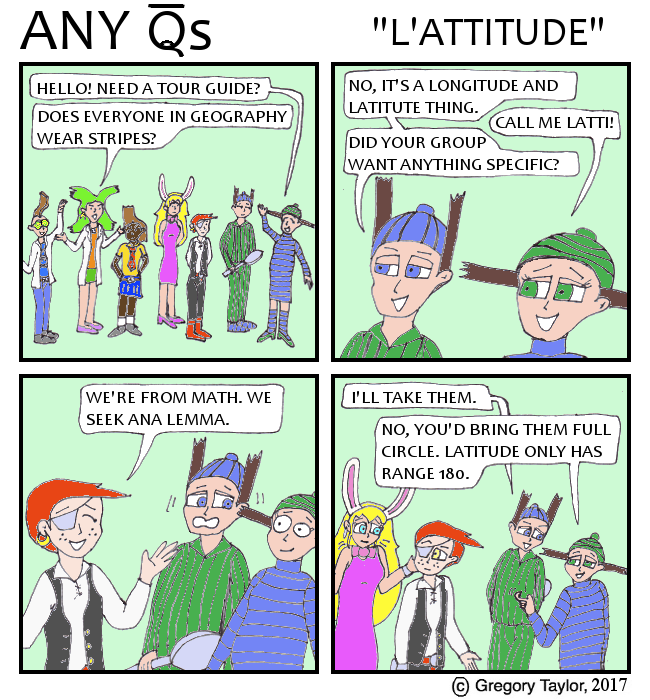 There’s 360 degrees of longitude running east-west (180 each direction, with the prime meridian), but only 180 degrees of latitude running north-south (90 up and down plus the equator). The fact that her stripes are N-S yet horizontal tends to mix me up, am I the only one? (It doesn't help that I confuse east-west.)


LATTI: Hello! Need a tour guide?
HYPER: Does everyone in geography wear stripes?
LONGU: No, it’s a longitude and latitude thing.
LATTI: Call me Latti!
LONGU: Did your group want anything specific?
QLOGAN: We’re from math. We seek Ana Lemma.
(Longu & Latti react)
LONGU: I’ll take them.
LATTI: No, you’d bring them full circle. Latitude only has range 180.
Posted by GregT at 04:00