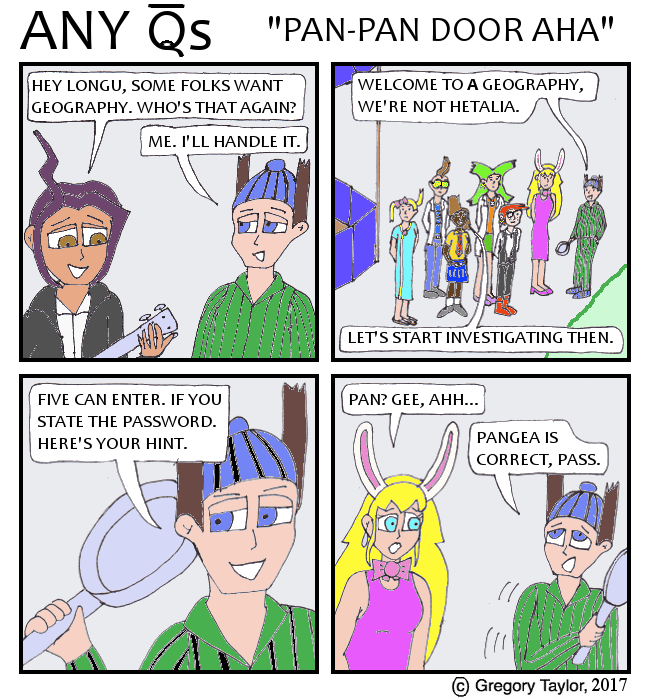 Meanwhile, “Pandora” is not necessarily spoken with a stutter. Do people read the titles? Also, "pangea" is the name for the original land mass before the continents drifted.