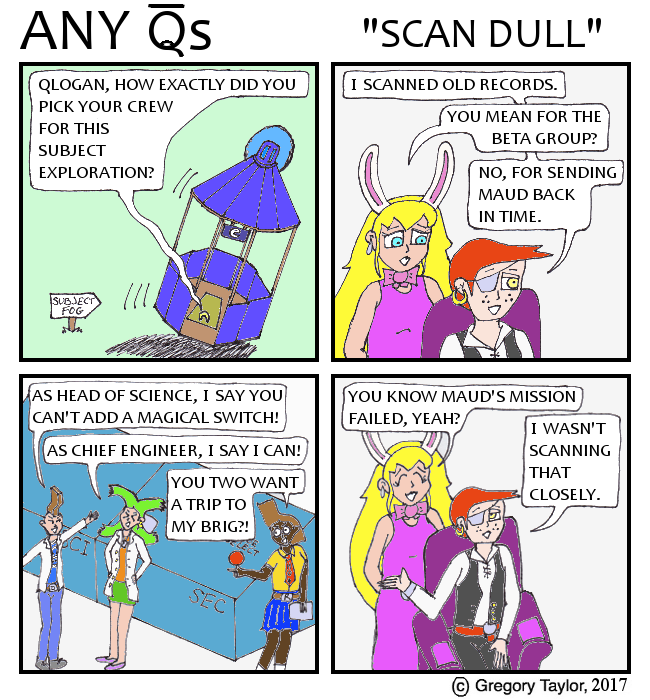 The gazebo's back, slightly redesigned so it's easier to draw. It was last seen on the mission QLogan's referring to (from 2015!) "88 mph". The "Beta Group" Para references is from the serial days, the original subject exploration. (It's a searchable term, if you only want to see their entries.) Now, to be fair here, Maud's failure may not have been due to the staffing.


(External shot of Gazebo/Logan's Ship)
PARA: QLogan, how exactly did you pick your crew for this subject exploration?
(Internal to the Ship)
QLOGAN: I scanned old records.
PARA: You mean for the beta group?
QLOGAN: No, for sending Maud back in time.
NIS: As head of science, I say you can’t add a magical switch!
HYPER: As chief engineer I say I can!
QCSC: You two want a trip to my brig?!
PARA: You know Maud’s mission failed, yeah?
QLOGAN: I wasn’t scanning that closely.
Posted by GregT at 04:00