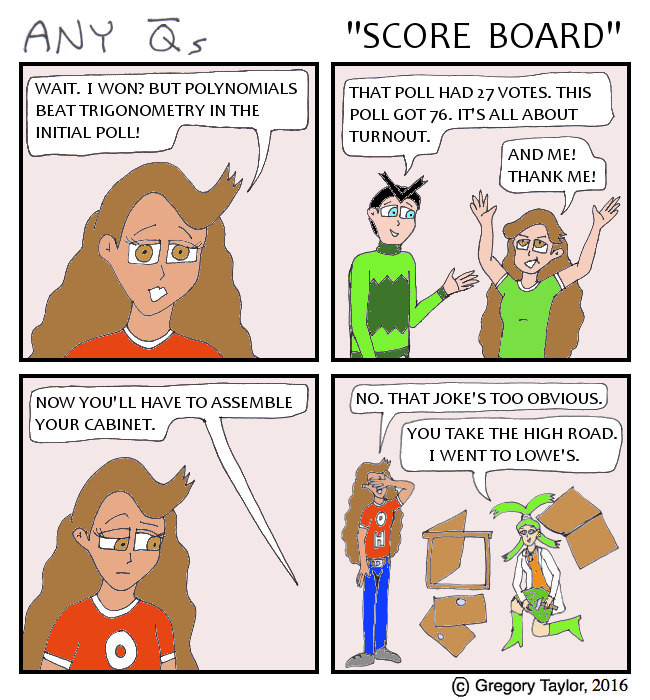 There was apparently a record turnout in Austria for their vote yesterday. In my poll, I think Sine won by 2 votes. As to my "initial poll" referenced here, that was back in May with "Poll Dancing".

QSINE: Wait. I won? But polynomials beat trigonometry in the initial poll!
MAUD: That poll had 27 votes. This poll got 76. It’s all about turnout.
VERSINE: And me! Thank me!
QHYPER: Now you’ll have to assemble your cabinet.
QSINE: No. That joke’s too obvious.
QHYPER: (with cabinet materials) You take the high road. I went to Lowe’s.
Posted by GregT at 14:00