The exponential function stared at the bunny girl, who remained face down on the table. After a few seconds, Expona walked closer, her leather outfit making faint noises as she leaned left, then right. Finally, she turned back to Maud. "Okay, what's HER problem?"

Expona sniffed haughtily, brushing some of her long red hair back off her shoulder. "Well, it's not MY problem if her boyfriend's 'positive/negative' bipolar issues are rubbing off on her." 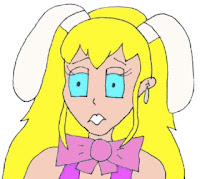 "Expona, be nice, she feels that people hate her."

Para abruptly stood up, leaning against the table for support. "Oh, great Maud, yes, let's tell the WHOLE WORLD," the blonde said, gesturing and nearly falling over. "Damn it, I trusted you!"

The Modulus function blinked.  "I... I wasn't aware we were speaking in confidence."

"Oh, lighten up Blondie. What, you think I'm going to take out a billboard advertisement against you or something?" Expona said. She smirked and arced an eyebrow. "Though, come to think..."

The Parabola's hands balled into fists. "Oh, oh, I hate you, I hate you ALL!" She half ran, half staggered out through the front door. Maud, running after her, missed Expona's look of surprise. 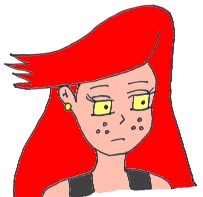 "Ah, whatever," the redhead said after a moment, pushing aside any feelings of unease. "If she's out of the way, maybe people will stop confusing the two of us. I mean really, HOW do you mess that up??" That said, she marched across the empty room to help herself to Maud's stash of drinks.


"Forget the cereal then," Para said, waving dismissively. "Heck, we're equations. Why do we even eat? What's the point to it all?!" 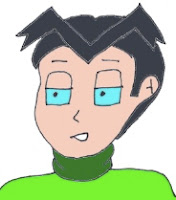 Maud pulled over a chair and sat next to the Polynomial. "If you didn't eat, you'd feel bad. Or worse. To return to your original question, we can die. Versine attempting to dispose of the Primary Trig, that wasn't just for show. In the confusion of their passing, she could well have taken over."

The bunny girl shook her head. "But eventually, Sine and the others, they would have been replaced by some respective child functions," Para countered. "MY point is, we don't have ACCESS to those children anymore. Not since getting tossed into this Purgatory. So if something happens to us..." She let her voice trail off.

"All the more reason to be careful."

"Is it? IS it?!" Para challenged. She tossed back the rest of her wine in one gulp. "Becaush I shink the world wud be better off wifout meh!"

"Okay, you're cut off," Maud decided, taking the glass away from her. 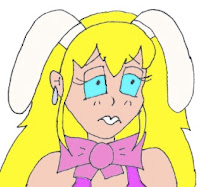 "I'm sheri... seriosh... not kidding," Para said, her cheeks growing warm. She cleared her throat. "Do you have any idea as to the number of humans out there who HATE me??"

"Don't judge yourself against humans," Maud countered. "I don't hate you. Root doesn't hate you. Name one mathematical relation who hates you!"

"Yo Maud!" Expona said, kicking open the door to the bar. "I was thinking about those calc... aw, damnit, the bunny's here."

Para's forehead slammed down onto the table. 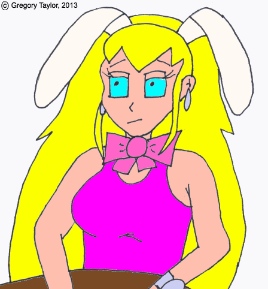 Maud blinked, turning his attention to the Parabola, who was now on her third glass of rose wine. Lately, the blonde Polynomial had become a regular in the makeshift bar he'd set up; they were all still making due after being kicked out of their original homes. "Pardon?" he asked.

Para swirled the liquid inside the glass she was holding. "We're the embodiment of mathematical equations. Can we die?"

The Modulus function crossed his arms and looked back at her. "Well... why ask me?"

The bunny girl finally lifted her gaze to stare at him. Her ears continued drooping, indicating she was opening down. "You ARE the one who was asked to decide our fate. The only one whom TPTB have actually spoken to."

Maud shook his head. "I don't know for sure that it was a Transcendental Pi-Type Being who addressed me."

"Who else would have had the power to expel us from Mathematics?!"

The bartender looked uneasy. "I don't know," Maud admitted. "But for all we know, it's these mysterious Probability-tans who did it. You know, the very ones that Logan and the alpha group are now searching for."

"Is there some reason you're bringing up the past right now?" Maud asked.

The blonde function pressed the heel of her hand to her temples. "Yes. No. I don't know. I'm feeling hungry, do you have any cereal?"

"Uh... might have a box from several days ago," Maud said, scratching his head. "Would you be okay with Tuesday cereal?"

Video recaps for Series' 1 through 4 can be accessed here:
https://mathtans.blogspot.ca/2013/04/serial-recap.html

The updating archive for this series will be located here:
https://sites.google.com/site/taylorspolynomials/series-5


Previous series' archives can also be found on that website.

Email ThisBlogThis!Share to TwitterShare to FacebookShare to Pinterest
Labels: Index 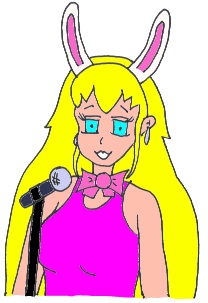 With Series 4 over, there will be a two week hiatus. Don't worry - song parodies will fill the void. Watch for the following links to go live on regular update days:


This hiatus is also a good time for anyone new to catch up on:

- SERIES 1: INTRODUCTIONS
In which Maud opens a bar in town and meets Lyn the Line, Para the Quadratic, and Root - Para's boyfriend?

- SERIES 2: PARA GONE
In which Para gets kidnapped by the Conics, who think she should be a member of their family. The Polynomials team up with some of their friends to mount a rescue.

- SERIES 3: TRY ANGLES
In which Tangent leaves Trigonometry, forcing Lyn and Circe to team up and explore the Angle Zone. They uncover a deadly plot, as masterminded by a Trigonometric Function who isn't seeing much use lately.

- SERIES 4: AFTER MATH
In which a mysterious force kicks the math-tans out of their subject area. Some personifications explore math within other subjects, as Logan's new crew use his "bigger on the inside" base to seek answers from Maud's sister. 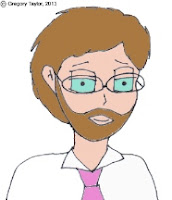 With Series 5 still barely written, you can also help by suggesting some new personifications by commenting on THIS POST. Yes, I do run another blog over there, and there is some cross-pollination. Alternatively, you are still able to affect the plot for Series 5 - by commenting somewhere, tweeting at me, or sending a message to mathtans at Gmail.

Para is becoming terminally depressed. ArcSin, aka "Dr Nisano", is having better luck with Hyper's Cone of Science than she is. And the Step Functions will shortly begin guiding Logan's gazebo to... probability personifications? Seriously? What's THAT going to look like?


(Hint: I don't know. It's a serial in progress. You got any ideas? Then comment please!)
Posted by GregT at 06:06 No comments:

"These ring schematics seem valid enough," QT said, peering over the images Nis had just transmitted to them.  "I don't see any medical reason for concern."

"Of course not!" Nis said in annoyance as he continued to lean in over Hyper's shoulder.  "We ran them by Nat first, over lunch."  Hyper shrugged up her shoulder to try and move him away.

"Can't be too careful you know," came Sine's voice from Logan's bridge.  "ParaB told us about you moonlighting as Nisano.  Still, sounds good, and we have most of the materials, so to save time we'll get started on construction while in transit." 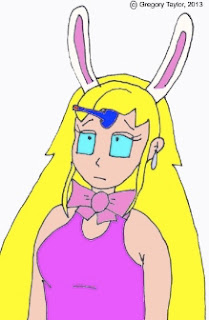 "Meaning there will be more disruptions in communication?" Para said, forcing her way past Cosine in order to peer at the screen.  There was a pause as the alpha group stared at her.

"Uh, Para, you've got a suction... thing," ParaB said.  The polynomial's eyes went wide, and she reached up to pull Hyper's device off her forehead.  "Yeah.  That's got it.  Try to be a bit more aware?" her bunny opposite suggested.

"Though in response to your concern, we'll be setting the gazebo down periodically," Logan countered.  "For communication purposes if nothing else."

Para was then pulled out of the way by Expona, who peered at the screen.  "Don't let my inverse stop too often!" she told Sine.  "Honestly, Logan can take what feels like forever just to count from 8 to 9 if you let him!"

"And Cosecant, make sure my sister goes into command mode if it seems like she's waffling back and forth at a critical time!" Cosine added, finally getting a peek by looking between the curls of Hyper's hair.

"Understood.  Alpha group out, for now," ParaB concluded, giving a little wave before reaching out and closing the communications channel.

Everyone finally stepped back to give each other more space.  "A viewscreen, this lab needs a bigger viewscreen," Nis declared, moving to start drawing up schematics.

Para fingered the suction cup in her hands. "Okay, well... what can I do to help now?" the bunny girl asked. 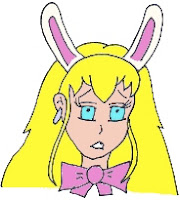 Hyper interlaced her fingers and stretched her arms out in front of herself.  "Nothing," she concluded.  "Seems like we can make contact just fine without you.  Better, in fact.  So run along and play, or do whatever it is you polynomials do."

"As in, don't be here and underfoot," Expona added off Para's immediate hesitation. The redhead then grabbed a calculator and went to speak to Maud about how the two of them might be able to account for what might be exponential changes in the distances between the two groups of people. In fact, Para noticed, everyone present now seemed to be preoccupied with something; even Cubi was making notes on a piece of paper. 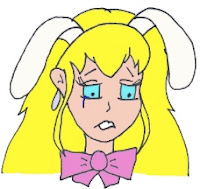 "Oh," the parabola repeated.  Her bunny ears drooped.  She took a few steps backwards, edging out of the room.  Nobody noticed.  Almost immediately, she became aware of three more demands on her from outside Purgatory, the kindest of them being 'More Factoring, wtf?!'.  Her shoulders slumped.  "Well, okay then," she murmured.  As she turned to head back towards the makeshift bar, a small tear trickled down her cheek.