So, this is going to mark a Schedule Slip in Taylor's Polynomials. The first in over 66 weeks. Because while the strip's still fun, and there's still so much potential in story arcs, as I said back on Jan 1st... now, I get the sense that few are being educated or entertained, aside from me. (Do people even care that I have a few different story arcs going now?) Plus I've got three courses to prep this year, along with approaching report card time, and shades of a personal life that's been more complicated recently.

As such... I'll reiterate what I mentioned yesterday on My Other Blog (the more normal one, which also gets more hits per post). This hiatus will last until I've put effort back into creating a buffer. The real question is, how much effort *should* I put into that? Would people want a resumption before the new year? Or not until July 2013, if even then? Moreover, should I wrap up their story lines quick, let them play out as intended, or take it in some new direction that would be more engaging?

This isn't any sort of ransom either, it's not some juvenile 'I'm not writing my next part until I get 30 likes on Facebook' sort of deal.  We'll simply resume faster if there's actual interest.  Because as fun as it is to have Star Trek Trignometry characters riding around in Logarithm's larger-on-the-inside Gazebo, even as the Beta group use anime while singing their way through the high school curriculum... it would sure be MORE fun if I knew how to make it interesting (or dare I say relevant) to more people.

In the meantime, to my two or three loyal followers, I encourage you to check out the following, dare I say, much better and funnier web-comics:
(x, why?) - for math and more
Darths & Droids - for roleplay and scifi
Head Trip - for doubletakes and pop culture

Thanks for reading.  We'll resume at some point.  Now I need to break the news to Para... 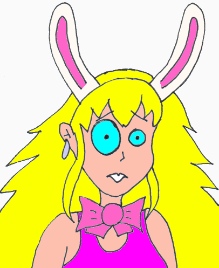 Email ThisBlogThis!Share to TwitterShare to FacebookShare to Pinterest
Labels: AuthorAside