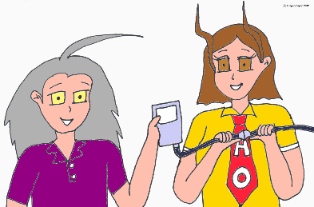 "Okay!" Root declared in triumph. "Me and Cotangent have hacked up a way to keep the story going on the blog!"

"Hey, that took WEEKS of prior preparation!" Maud said in annoyance. "What's wrong with it?!"