"Here's another thing," Maud added, to fill the ensuing silence. "If I rule against them, does that not overrule my OWN existence?"

The voice returned. *YOU WOULD CHOOSE TO LIVE AN EXISTENCE YOU KNOW IS WITHOUT PURPOSE OR MEANING?*

"Well, no... but your alternative seems to be that mathematics be done merely by automation! Or with numbers on a chalkboard! That seems so... so devoid of feeling... or intuition!" Maud stood a little straighter. "In fact, you know what? I rule in favour of keeping the Math-Tans. I think they - we - do serve a purpose!"

There was a long pause. Then, finally: *OVERRULED.*

*THERE IS LITTLE EVIDENCE TO SHOW THAT MATHEMATICAL PERSONIFICATIONS ARE OF USE IN MATHEMATICAL CIRCLES. GOOGLE+ OR OTHERWISE. THEIR SERIES' WILL BE TERMINATED.* 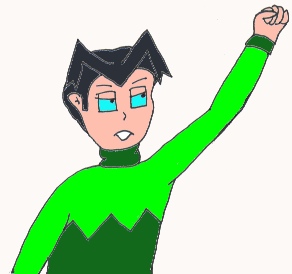 Maud clenched his fists. "So apparently you didn't need me to serve as an observer at all!?!"

Another pause. *PERHAPS THEIR EXISTENCE CAN CONTINUE FOR A SHORT TIME. SO THAT THEY CAN FIND A NICHE IN A NON-MATHEMATICAL FIELD.*

"And how are they supposed to do that without a Taylor Series to act as a framing device??"

If the entity observing them were able to shrug, Maud sensed it had just done so.  *IF THEY'RE WORTHY MATHEMATICIANS, EXPANSION SHOULD COME NATURALLY... DON'T YOU THINK?*

Email ThisBlogThis!Share to TwitterShare to FacebookShare to Pinterest
Labels: Maud