"Well, we can still get Exsecant on a weapons charge," Secant suggested. She pointed to where the function was now being led back to the area, flanked by both Cosecant and Expona.

"On the contrary!" Exsecant cut in. "I was firing my phaser to protect you Trigonometric ratios!" 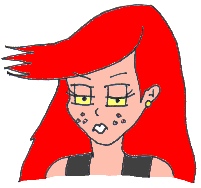 "How does firing at me protect anything?!" Expona said hotly. "You also shot at Cosecant here too!"

"You looked dangerous!" Exsecant countered. "And with you drawing me away, upon my return I thought Cosecant was a perpetrator fleeing the scene. How was I to know?"

Sine and Cosine exchanged uneasy glances. "Our word against theirs," Cosine yielded. "Just like the last time."

"And the time before that," Sine concurred.

"But this time, you can at least charge Exsecant with impersonation of a security officer," Toc pointed out.

Exsecant glanced down at her yellow-gold top, which would be difficult to pass off as lime green in the current light. "Er, would you believe dry cleaning mixup?" she ventured. 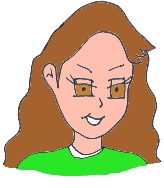 Versine sighed and gestured in the air. "Oh, whatever. We'll pay the fine. Honestly, trust you reciprocals to be so clothes minded..."