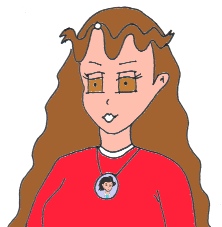 Cotangent pulled back out of the way, the glow from her ring fading, to let the others work. Sine(?) then placed her palm on Tangent's fist. Her hair immediately began to ripple out as her eyes narrowed, and the (now single) asymptotic cone shifted colours. Which was when the explosion, that had seemed about to burst free, instead froze in place. And began to shrink back down.

Lyn frowned, aware that a part of her also felt connected to what Sine was doing. If something went wrong, might she be harmed too? Shaking her head, she pushed those thoughts aside, focusing on sending positive vibes. Well, positive ones oscillating with negative ones. 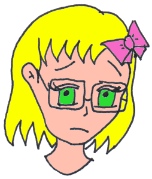 Very swiftly, as sinx/x moved further and further along her curve, the explosion got smaller and smaller... until, abruptly, Lyn blinked and it was no longer there. Nor was the TI n-spire, there was merely a charred spot on the table. Sine removed her hand; Tangent didn't immediately disengage the ring though, the strain of her actions still obvious. In fact, it was fortunate that Cotangent was there to catch her, as she collapsed a moment later.

Cosine moved in to support Sine as well, whose features were already shifting back to how she had appeared earlier. "Do they need a medic?" Lyn asked. "Should I run and get Nat?"

"No, we'd better go to him," Cosine asserted. "Worst case, there's a backup device here... best case we can help catch that shifty Archaic reflection of mine."

Sine nodded weakly. "Versine always did have a preference for the merry OLD land of AZ."